The paper ‘Surfing, sinking and swimming’ outlines the differences between surfing, swimming and sinking.

Does this resonate with your own experience?

Phew! For a moment there I thought I’d better come clean, admit I was a fraud, and quietly exit the NPQSL course. If you’ve had a week like mine then you’ll probably have cycled through all three of these feelings every day and possibly even within one lesson. In fact Wednesday was particularly tough so I’d chalked up all three by break time! And it turns out that this is fine…..result.

There are any number of reasons why we might be finding it difficult to get into that surfing/flow state but let’s just focus on one culprit for a little while. There is simply too much to do! Or to look at it another way we’re trying to do too much….on our own.

In The Organised Mind: Thinking Straight in the Age of Information Overload Daniel Levitin writes that: 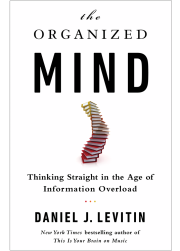 “… our brains evolved in a much simpler world with far less information coming at us. Today, our attentional filters easily become overwhelmed. Successful people – or people who can afford it – employ layers of people whose job it is to narrow the attentional filter. That is, corporate heads, political leaders, spoiled movie stars and others whose time and attention are especially valuable have a staff of people around them who are effectively extensions of their own brains, replicating and refining the functions of the prefrontal cortex’s attentional filter.” (Levitin, 2015)

So in essence a leader can only operate at the top of their game in any kind of complex landscape if they have a highly effective team around them. The teams that Levitin has identified in his studies aren’t just beasts of burden of course, they are extensions of the leader themselves. Are we talking about a hive mind? We’re certainly operating a distributed leadership model.

Assembling such a team is never an easy task and can take years of careful recruitment and in-house training but without focusing on getting the right balance of personalities and skills in place across the school a senior leader will really struggle. Well that all makes sense and it’s usually given a high priority in effective organisations. It all relies on trusting the team to get on with their jobs; the buck stops with the senior leader but they have to delegate responsibility to their team. Levitin goes on to say that the ultimate reward is that the leader may achieve a kind of ‘Zen-like focus’. That sounds great but let’s not fool ourselves about what’s actually going on when you’re in this zone. ‘Zen-like focus’ sounds all very calm and comfortable but it’s anything but and although exhilarating it is actually exhausting. Let’s look at the surfer analogy again.

To the casual observer watching from the safety of the beach this all looks effortless. The surfer does not appear to be having to work hard at all……and that’s misleading. For while they may well be in the zone, at one with the wave and in a pure flow state this is anything but easy.

For one thing they only get to this stage once they’ve spent thousands of hours honing their skills. Remember when you first started teaching and the seasoned veteran made everything look easy? Remember how utterly exhausted you were when you tried to do the same thing in your first few weeks of training? Remember wondering how they made what to you seemed so difficult look absolutely effortless? Same thing.

But more importantly, and this is often forgotten, the seasoned veteran or pro athlete is working really hard even when they’re making it all seem so easy. The true professional at the top of their game is making thousands of minute adjustments every second and they’re always looking ahead to spot the warning signs that things are about to get a little hairy. They are absolutely focused on what is important and that requires intense concentration. They’re not worrying about whether their board has been prepared properly when they’re riding a triple overhead wave! They have a team for that.

When you look back through history how many of the heroic leaders of yore were actually kept afloat by highly skilled teams of leaders working around them? The most effective senior leaders are going to be those who concentrate on building strength in depth within their organisation.

Perhaps the mark of a great leader is that when they’re around you know they’re on their game 100% and when they’re not it still feels as if they were.

My name is Richard Miller. I am currently an Assistant Headteacher (Personal Development) at a secondary school in Suffolk, UK. I teach history, citizenship, sociology and cultural capital for pupils aged 11-18. I am particularly interested in teaching more able pupils and looking for innovative and creative approaches to learning and teaching. I use the blog as my reflective journal - the views I share are 'work in progress'!