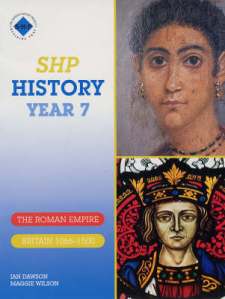 A couple of years ago we re shaped our KS3 schemes of work using a thematic approach to reflect the most recent changes in the National Curriculum (NC). At the same time we were also fortunate to be able to invest in the SHP series of text books by Hodder. The accompanying DynamicLearing networked resources are very expensive but well worth the investment; giving pupils the ability to use an e-copy of the textbook to work anywhere on the school network. Pupils have really taken to using the resources and it has encouraged them to be more independent in their studying without spending a great many wasted hours trawling the internet!  There is a cracking little investigation into the Crusades in the Y7 book. Based around four questions it lends itself to a group task in class but I really wanted to do something a bit different. Wouldn’t it be great to get the kids working together outside class? Enter….Wikispaces. 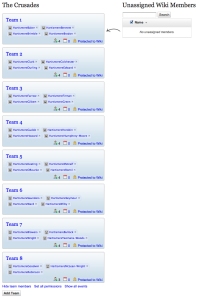 I won’t lie…it took me a fair time to set everything up and there were a few teething problems but I have to say I’m really excited about how the use of Wikispaces seems to be developing the collaborative and independent learning skills of the classes involved. The ability to import a class list of pupils and to have passwords generated automatically is a great feature. However the ability to group the users into teams with rights to see everyone else’s work but only edit their own was the icing on the cake.

Each team member has taken one of the key questions:

researched it and started to record their ideas on their team project page. I have been really impressed by the way in which the pupils have adapted to this way of working. They are 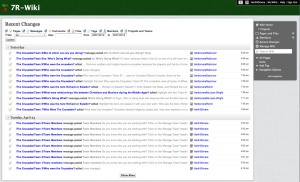 already using the discussion feature to sort out problems……outside of school hours! They are really working independently and collaboratively.

With perseverence  and experimentation it has been possible to set up a Wiki for each class that can be added to in the future. I can really foresee several projects being added to their portfolio before the end of KS3.

My name is Richard Miller. I am currently Director of Learning and Head of History at a secondary school in Suffolk, UK. I teach history for pupils aged 11-18. I am particularly interested in teaching more able pupils and looking for innovative and creative approaches to learning and teaching. I use the blog as my reflective journal - the views I share are 'work in progress'!
View all posts by richmiller66 →
This entry was posted in Learning Platforms, VLEs and tagged Collaborative learning, Independent Learning. Bookmark the permalink.